Awhile back I reviewed a PR-156 LED light from Orphek, and recent testing by Sanjay Joshi revealed these lights to be a very focused deep water PAR monster, but what happens when you want some more spread? This question has led me to try removing all the lenses to see what it can do with less focusing. For testing, I put the light over a four-foot by three-foot coral flat full of soft corals, and so far it has pleasantly surprised me. Details after the break. 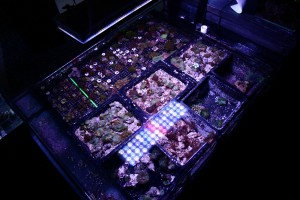 Removing the optics is an easy process.

Simply remove the bolts that run all the way through the fixture, and take off the acrylic lens cover. After this the optics simply pop off of each diode.

I found that with the optics removed the acrylic lens cover acts almost like a large fiber optic conductor throwing light straight out the sides and in to viewers eyes, but that was easily solved with a strip of black electrical tape to cover the edge.

The first thing I noticed after turning the fixture on over its new flat is the color mixing. With the focusing lenses out, the reds easily blend in with the scheme making for nice even color across the entire area.

The PR-156 easily cover the entire four-foot by three-foot with nice even light that doesn’t seem to lose intensity towards the edges, but the proof is in the PAR readings.

The flat in question is not packed full of high light acropora, so large numbers were not what I was looking for.

The PR-156 put down readings of around 120 on center and faded out to about 75 at all edges which, considering it replaced eight bulbs of T5, is pretty amazing for a 120 watt LED fixture. 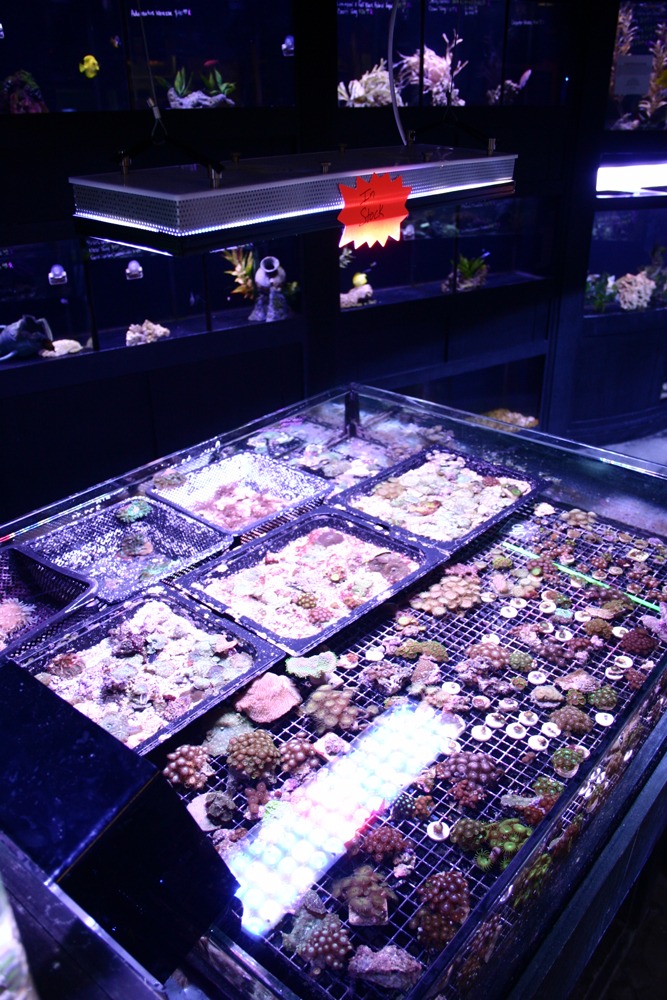 After about a month of use in this scenario, the soft corals have exploded. Color is better than it ever was with the T5 fixtures, and growth is through the roof.

Smaller areas would work even better with the lenses out depending on the mounting height of the PR-156.

For this test the light was mounted over two feet from the water.

The success of this test also brings to light ideas that could work with many other sizes of tanks.

Selective removal of just some of the optics could effectively spread the light where it’s needed while leaving higher power areas in some.

It may even be possible to light four-foot tanks with just one PR-156 by removing some optics around the edges and leaving the optics to pound the down the power in the center.

Stay tuned for more testing with selective optic removal in the near future.