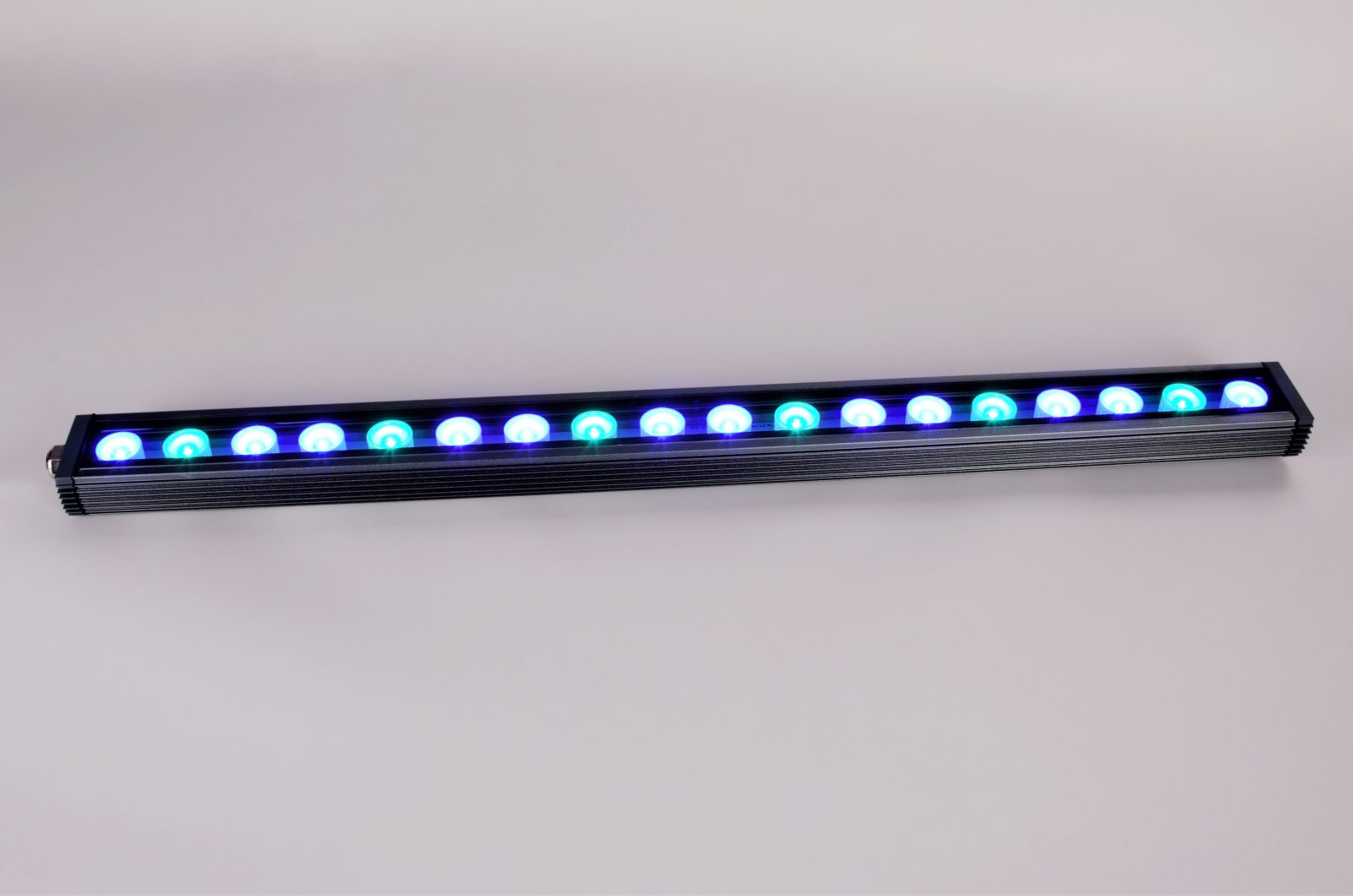 Light-emitting diode (LED) strip lighting has become popular when used singularly or in plurality. In smaller or shallow aquaria, a single strip is possibly enough or can act as supplement to other lighting. In larger aquaria, multiple strips can provide adequate light.

Orphek’s strip lights are a no-nonsense approach to aquarium lighting. An aluminum housing acts as the heat sink and keeps operating temperatures under control, thus avoiding cooling fans. A simple on/off switch controls power to the unit and of course allows optional use of a third-party timer. In short, the unit is robust and reliable.

The unit marketed as ‘Blue Sky’ is a mix of two LEDs with distinctly different spectral qualities. The blue LEDs (12 of them) peaks one at about 450nm and the others (six) at about 495nm. These wavelengths are important in zooxanthellae photosynthesis – chlorophylls a and c2 utilize blue while the accessory pigment peridinin absorbs green light up to about 450nm. See Figures 1 – 3. These wavelengths are also away from protective xanthophyll absorption – a plus photosynthetically speaking. Figure 4 demonstrates Photosynthetically Usable Radiation (PUR) of the ‘Blue Sky’ luminaire and sunlight. 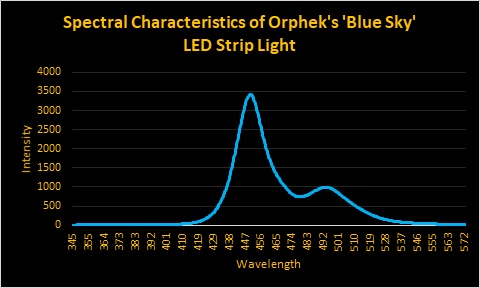 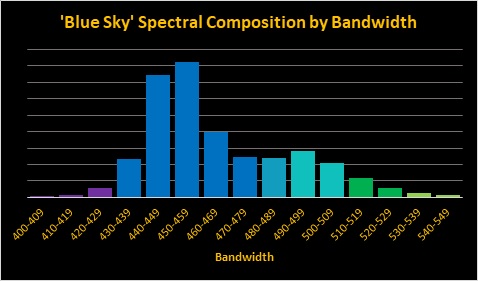 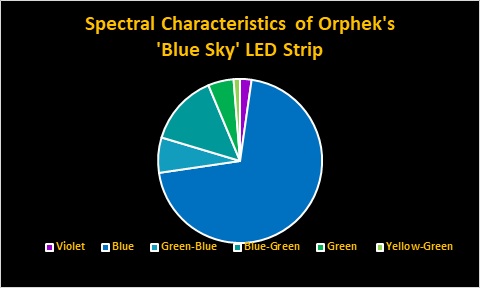 Figure 3. Cyan and green wavelengths are important in coral photosynthesis. 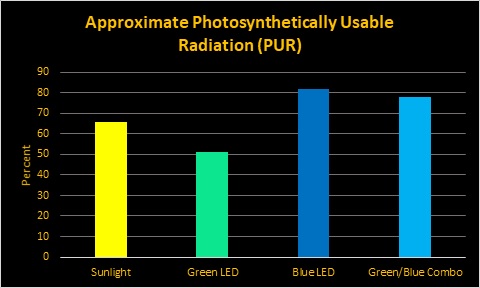 Figure 4. The Photosynthetically Usable Radiation output of the ‘Blue Sky’ fixture is about 15% greater than sunlight.

Judging lighting on a strictly visual basis is subjective, but I found the light to be pleasing. It avoids the ‘Windex’ look of LEDs with shorter wavelengths yet can still provide radiation to cause fluorescence (‘pop’) in proteins found in many corals.

Intensity is surprisingly high for a fixture drawing only 33 watts. Photosynthetic Photon Flux Density (PPFD) was 190 µmol·m²·second at 19 inches (48 centimeters) from the light (‘air’ measurements.)