The Galaxy, Star, Brittle, Crystal, Starburst Coral or Galaxea fascicularis is a LPS coral with many color options such as red, pink, brown, gray or the combination of these colors. The tip of the coral is often white or lighter than its color, rendering the crystal sparkle effect that looks quite cool in the tank, specially when they move its tentacles with the water movement! Polyps usually range in diameter up to 6mm

Ease of care:  Easy to Moderate 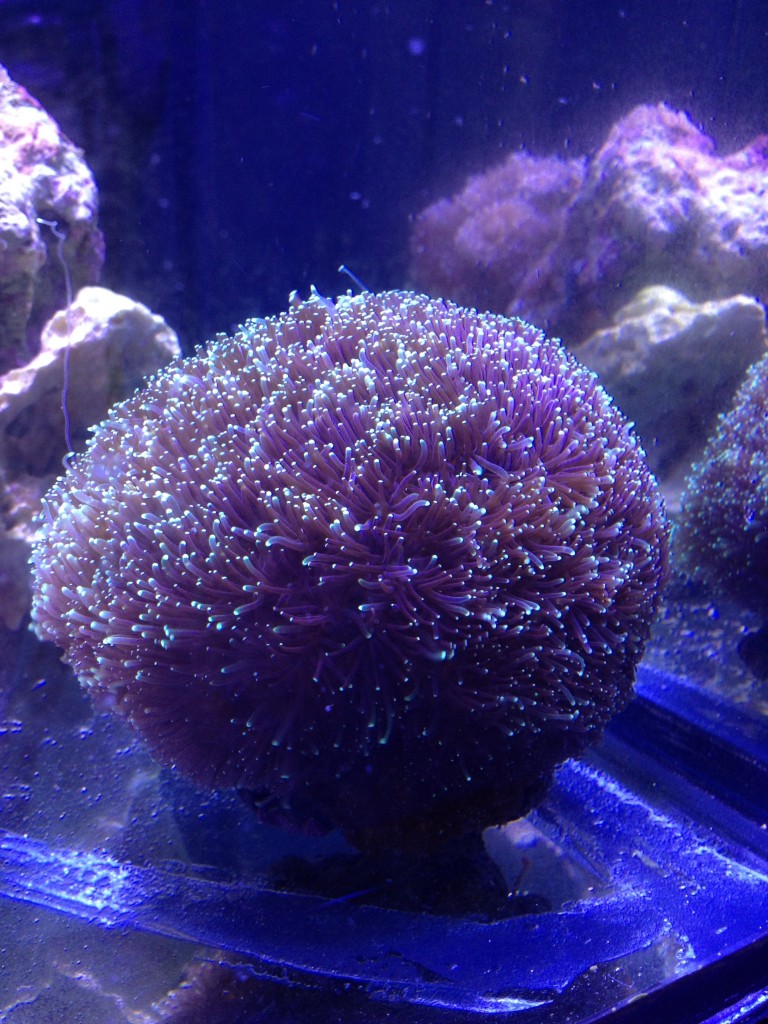