You are here: Home / News / Feeding Sharks Video at Living Planet Aquarium
Feeding Sharks, Sea Turtles and behind the scenes at The Living Planet Aquarium Public Aquarium
A few weeks ago we were lucky enough to visit The Living Planet Aquarium in Draper, Utah. While there we had the opportunity to feed some sharks and use the HD Hero in the process. This exhibit is lit exclusively by Orphek LED lighting and as you can see the natural beauty abundant. With many types of sharks from Bamboo sharks to large rays and 2 wonderful sea turtles as well as a myriad of smaller fishes, the 280,000 gallon, 80 foot x 40 foot x 12.5 foot deep exhibit offers as breathtaking a view from the feeding platform as it does from the 3 main viewing windows.
While in house we were able to witness the attentive expert care that each animal is handled with when necessary, as we witnessed a routine vet visit to check on the Aquariums 2 resident turtles, a green sea turtle and an exquisitely marked young female loggerhead turtle affectionately named Gabbi. 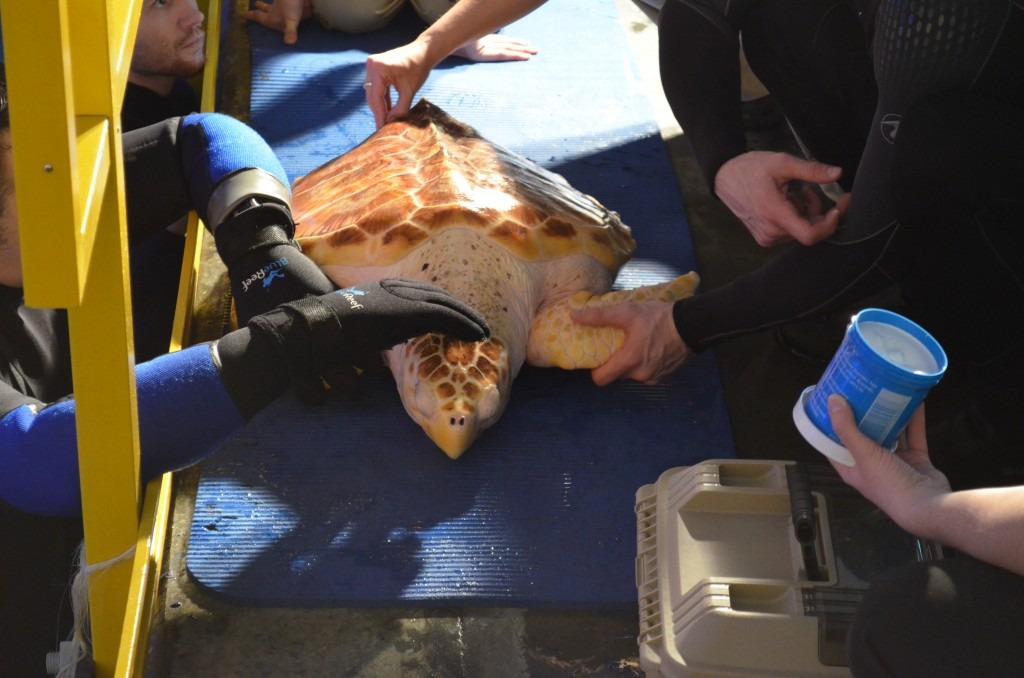 During our stay tour of the aquarium we got to see many different displays using the Orphek products including a Dart Frog enclosure that the staff reported was doing so well under the Orphek lights that almost having to trim it too often. 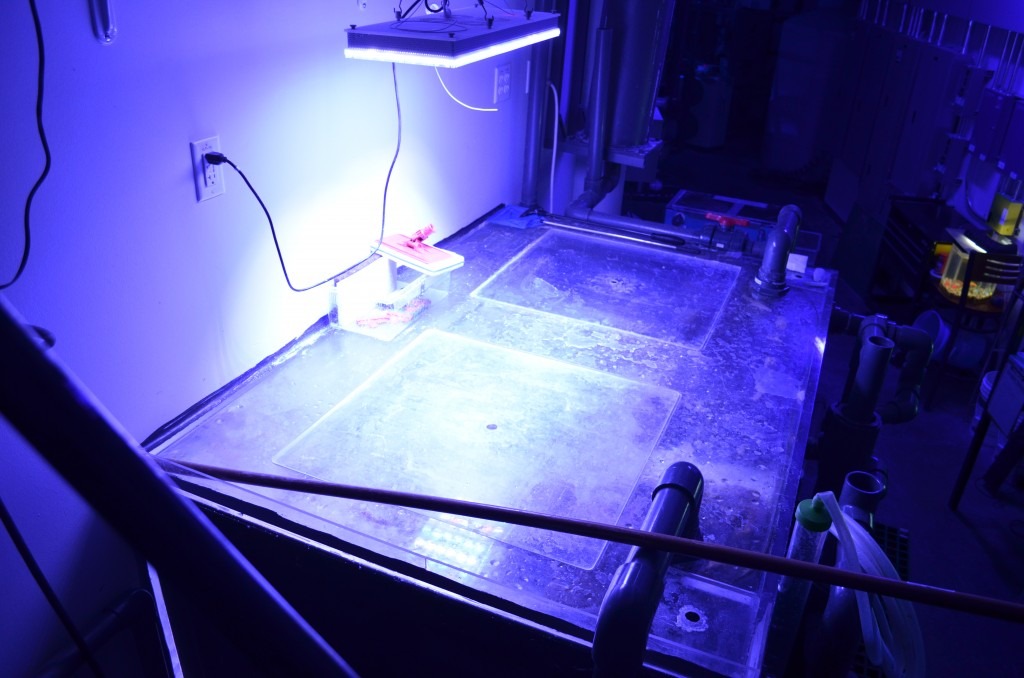 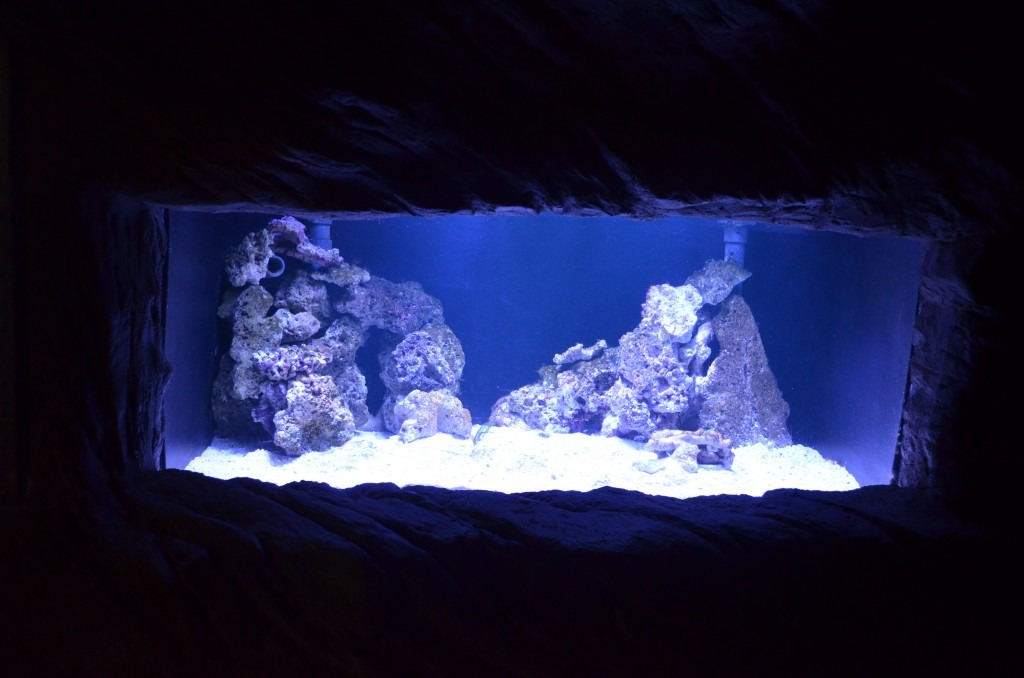 Our favorite section had to be all of the marine exhibits and seeing all the Atlantiks in use was great too. As the staff continues to add livestock to their systems they know that the Atlantik series of light will give them everything that they need. Some of aquarists reported better polyp extension under higher light than they have ever seen in their soft corals which is a testament to the Orphek spectrum considering the lights were mounted close to the waters surface. Great spectrum makes corals thrive. 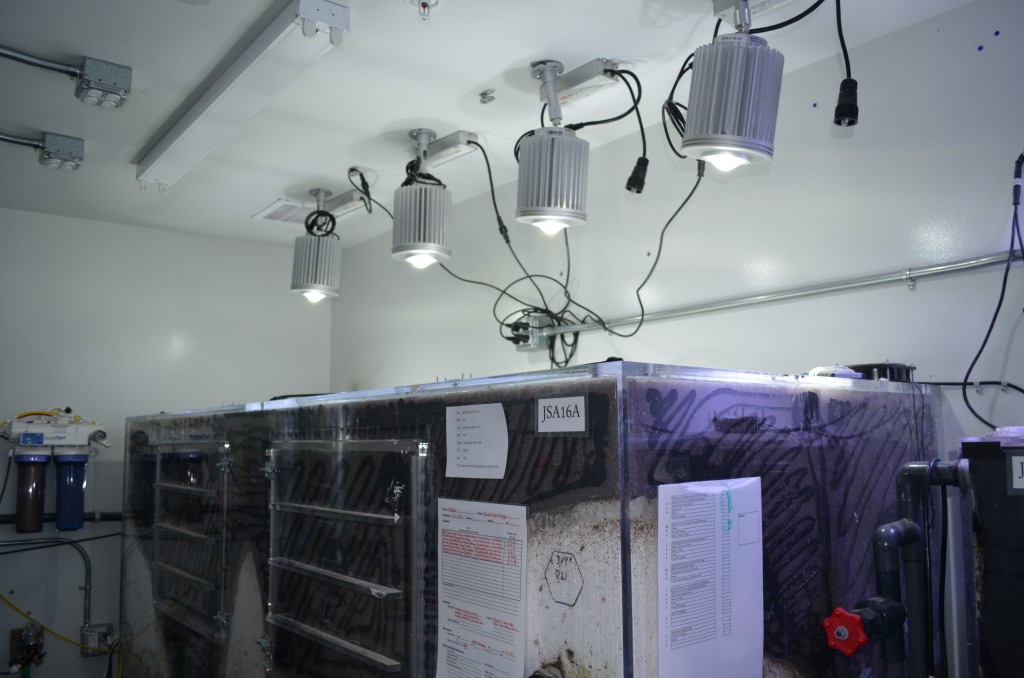 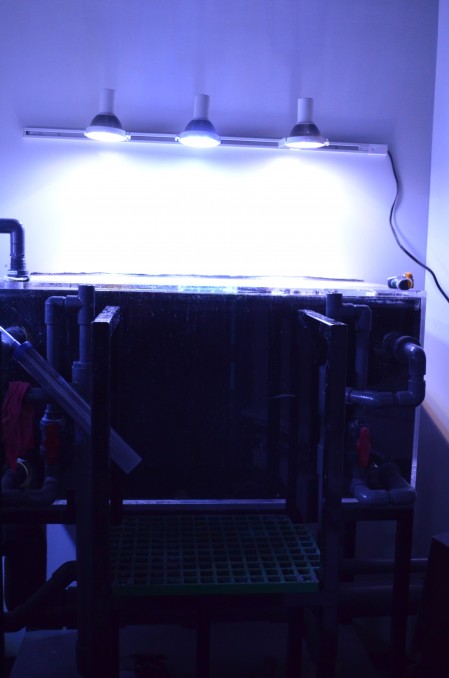 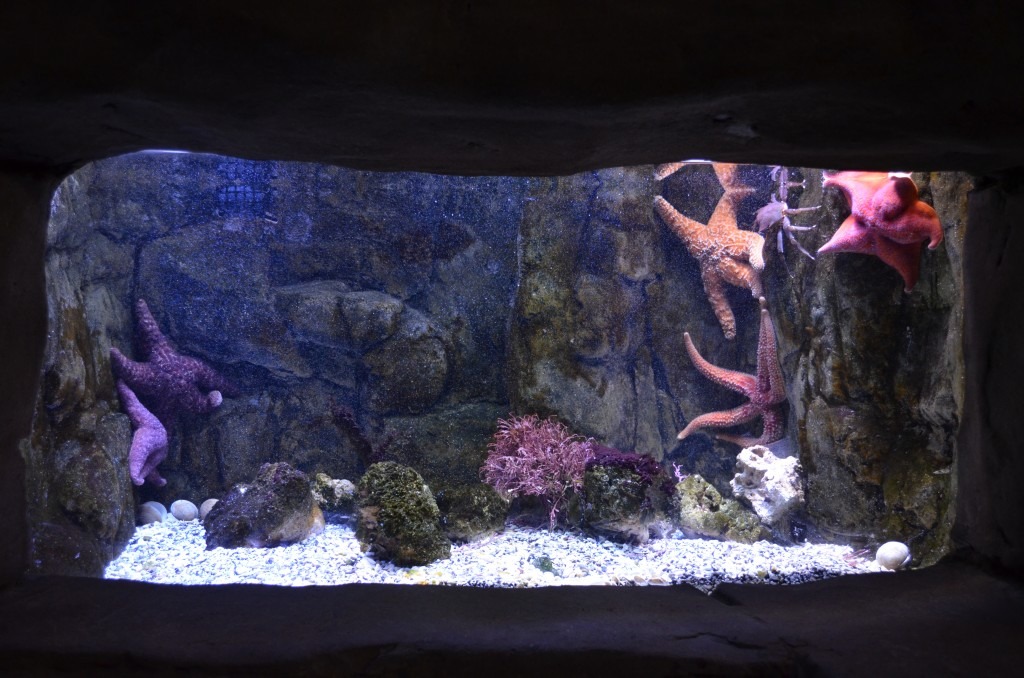 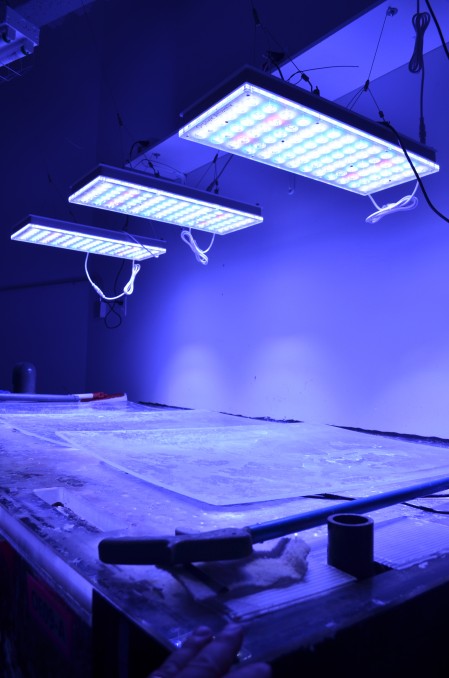 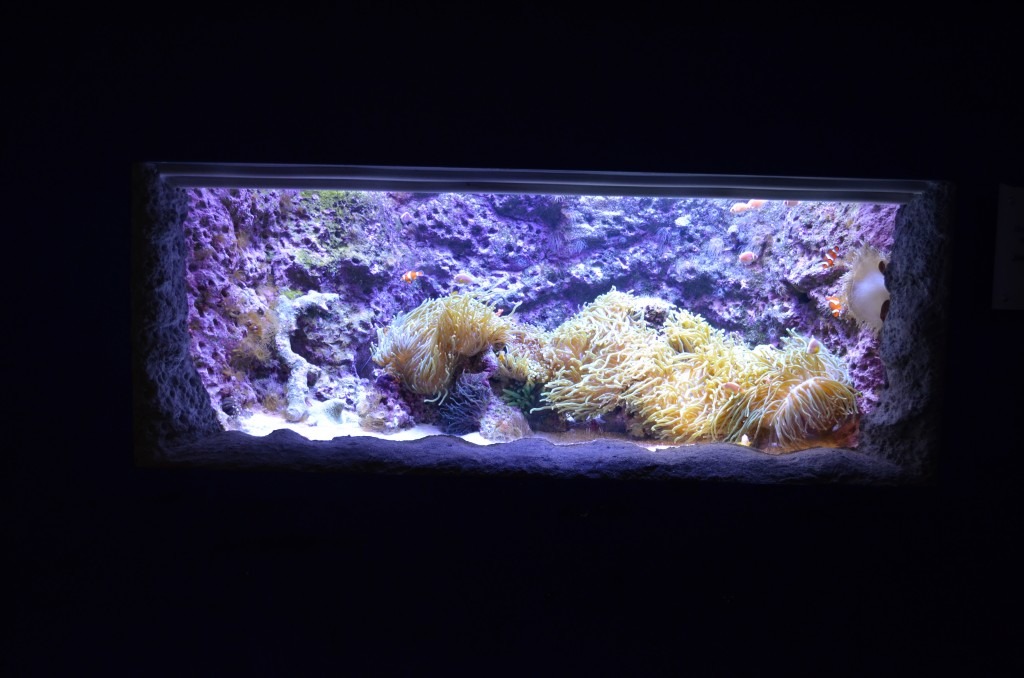 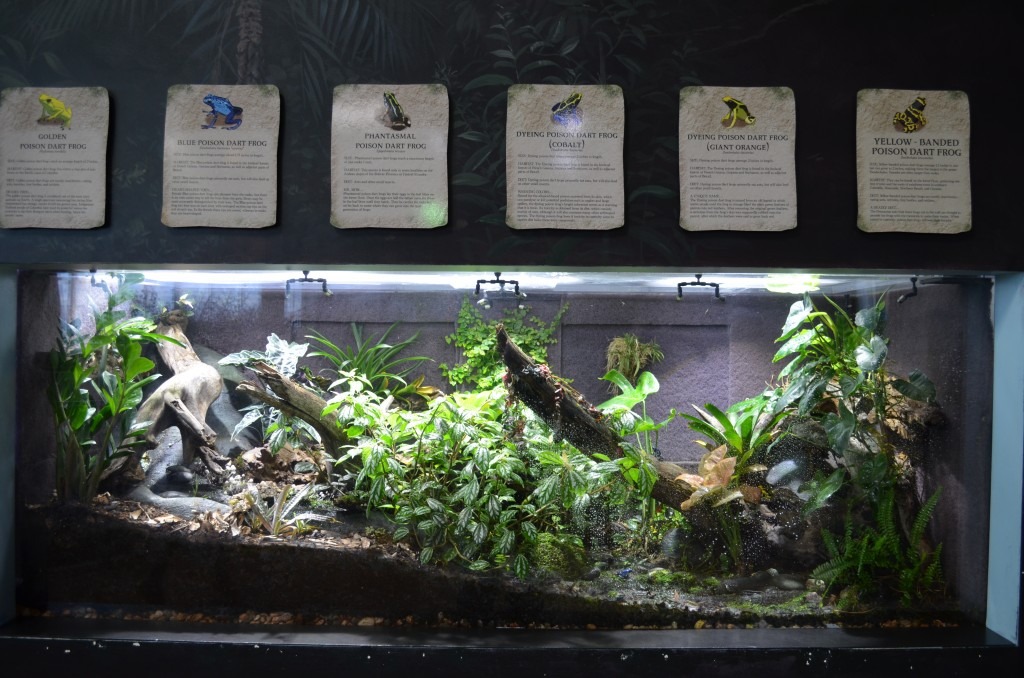 The absolute pinnacle of the tour was the opportunity to feed the sharks from up on the feeding platform above the main tank and we just happened to have our HD Hero with us and were allowed to strap it onto a feeding stick. The sharks were a bit leery of the new addition but eventually one of them moved in at breakneck speed, snatching his prey, thrashing it side to side to tear off a bite…..ok, it wasn’t quite that dramatic BUT it this is the actual footage from the experience.
We will be sharing more info about the various systems in the upcoming days as we get through all the pics and notes. We hope that you enjoyed the video, be sure to like the Orphek facebook page so that you don’t miss any of the fun!  https://www.facebook.com/pages/Orphek-LED-Lighting/170548713004448
This website uses cookies to improve your experience. We'll assume you're ok with this, but you can opt-out if you wish. Cookie settingsACCEPT
Privacy & Cookies Policy