You are here: Home / News / The Balling Method of Dosing Briefly Explained

The balling method of dosing calcium, carbonates and the remaining elements has become quite popular in Europe because of the results gained by its use. The term “Balling” actually comes from the man who developed this system, Hans Werner Balling. Because of his brilliance as an aquarist and scientist, Tropic Marin hired Mr. Balling as their Product Development Director and has direct supervision over the manufacturing process to ensure the ingredients are in perfect balance. 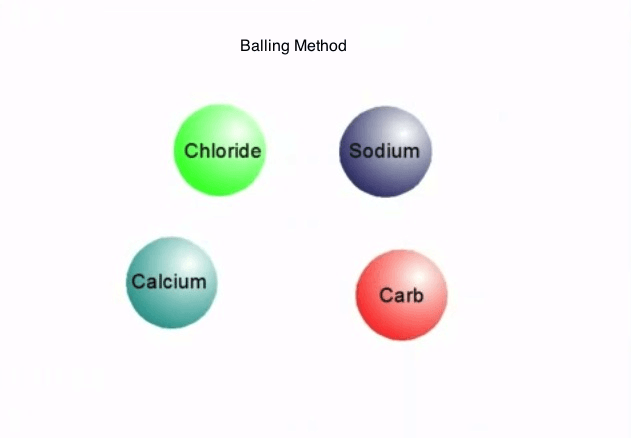 What does the balling method do?

Conventional two part dosing includes calcium chloride and sodium carbonates. The corals absorb the calcium and the carbonates to grow and develop their skeleton. What is left is chloride and sodium resulting in a slow rise in salinity. Continued dosing in this manner along with water changes creates an ionic imbalance in the aquarium of sodium and chloride. The Balling Method also raises salinity slowly; the difference is that it is raised in a totally ionically balanced condition with the Balling Method instead of an unbalanced rise in salinity with the two part method.

Part C of the Balling Method system contains all the elements found in sea water with the exception of sodium chloride. This insures that the increase in Sodium Chloride that is caused by the addition of the Part A and Part B is kept in ionic balance with all the components of natural sea water. The Tropic Marin balling system is available in granular or liquid form for use with dosing systems.