The new Atlantik P V3 is here and we have listened to our readers and updated the V2.1 with several new changes.  So what’s new in the V3?

All LEDs are five watt dual diode LEDs.  This increases the number of LEDs chip from 40 to 80.

The LED channel layout has also changed and with our new LEDs.  Kelvin temperature can be changed by adjusting intensity levels in two channels.  This allows the user to create the ideal spectrum for the life forms he is keeping, including warmer shallow water species where most colors are not filtered out by the water.

By combining and adjusting Channel 2 and Channel 3, you can create stunning shimmer and beautiful coral florescence.   Channel 2 and 3 uses 410-460nm LEDs resulting in a wide array of color possibilities in the blue/violet color range.

If you desire the spectrum found in warm shallow waters, Channel 4 combined with Channel 1 will allow you to create Kelvin temperatures between 10K and 18K for that warm appearance found in shallow water.

In the Atlantik P V3 we have altered the spectrum in each channel slightly to allow more control over the white temperature allowing a more natural display.  Below is a breakdown of each channel’s features. 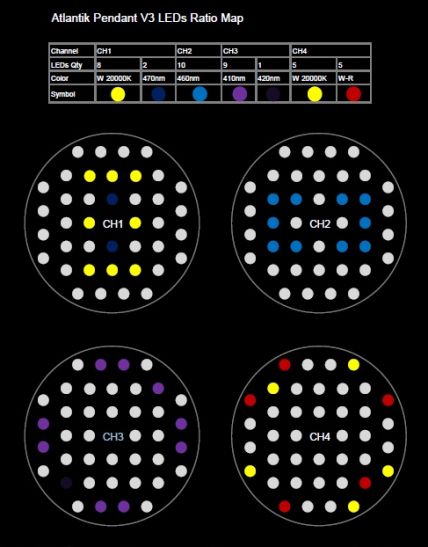 Channel 1 features a 20K Kelvin temperature but does not appear as blue as a metal halide 20K lamp.

Channel 2 features 460nm LEDs which give you a skylight blue color.

Channel 3 is our violet channel which features all 410nm wide range LEDs and two, 420nm wide range LEDs.  This mix fully covers the 410-420nm range which promotes chlorophyll A production in coral.  Channel 3 also enhances the florescence in coral in areas where blue LEDs fail to do.

Channel 4 is a mix of wide range red and high Kelvin white LEDs.

What are the results of these improvements?

Controlling the white LEDs on channel 4 and mixing with channel 1 allows you to get a more shallow water look than channel one would do by itself.

If you mix channel 1 and 2, you have the ability to control the Kelvin temperature from 14K to a crispy white blue in the 25 to 30K range.

The combination of channels 2 and 3 allows you full control over the blue channel from deep purple blue to a sky blue look.

The combination between channel 3 and all other channels can create a nearly unlimited color display thereby creating an amazing look and a relaxing mood effect. 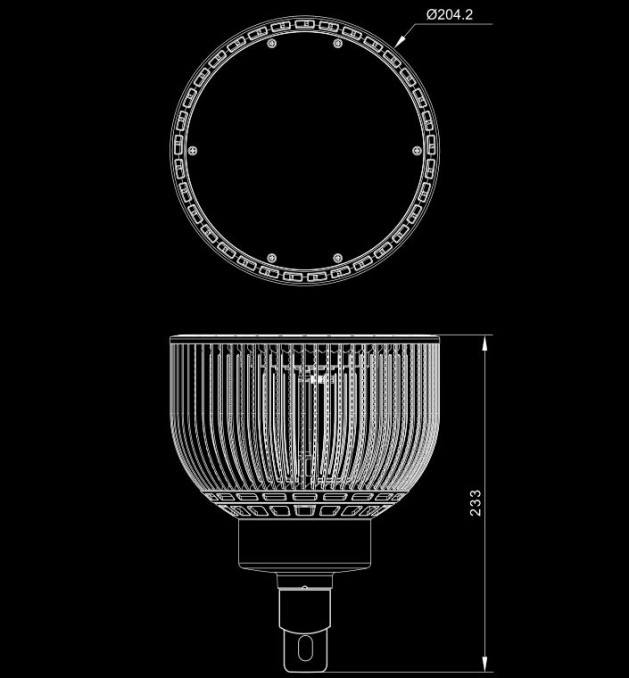