OUR FIRST ATLANTIK OWNER SHOWS OFF HIS NEW ATLANTIKS

Thiru, from Malaysia decided to replace his power hungry metal halides above his beautiful reef tank with our new Atlantik LED Pendants.  Thiru wanted to bring operating cost down and provide much better color for his reef inhabitants.  It has been just a few weeks since the transformation was completed and Thiru stated his corals showed a much better growth rate as some of the pictures will show.  He also stated the colors were much better but stressed that his camera could not capture the beautiful colors as the human eye sees them. 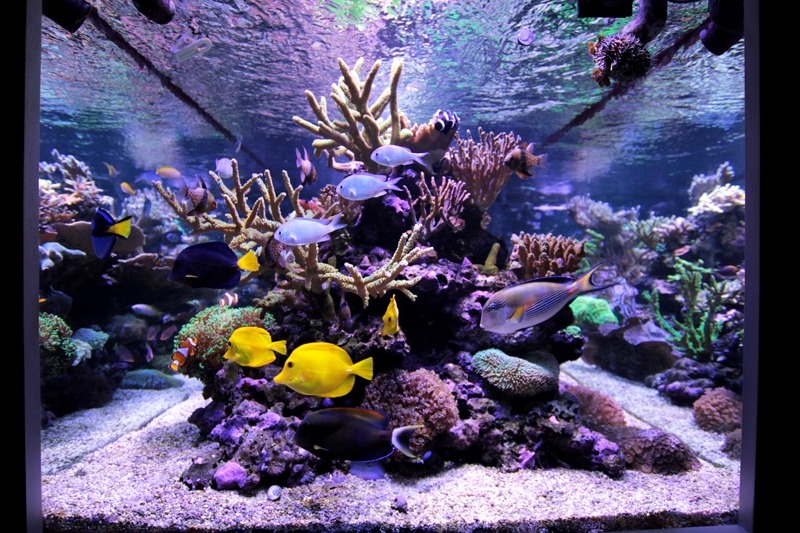 Thiru states the heat build- up is much less than with the metal halides and he does not have the yearly expense of replacing the lamps.  His home stays cooler in the summer months without the halides running and his energy bill has dropped considerably.  Thiru states that he is very happy with his purchase and has been recommending the Atlantik to other reefers in his area.

Thiru has filled out a questionnaire sent to him by the Orphek Team.  His responses are in italic.

1.  What led to your decision to go with LED lighting for this project?

Main reasons are the yearly replacement of bulbs.  I had 3 x 400W MH bulbs, 2 x 180W T12 Super Actinics and 12 x 24W T5 Blue Plus bulbs. Getting the leds now is saving me in thousands of dollar on yearly bulb replacement alone.

Second reason is the heat generated by the MH bulbs, which keeps my tanks external cooling system working most of the time, now it kicks in once a while and its much easier working on the tank under leds as it’s so much cooler.

All this leads to savings on the electricity bills.

2.  Why did you choose Orphek and were their other brands you considered.

I did consider the Radions, AI Sol LEDs and Orphek.  I chose Orphek mainly due to the number of Radions I would need for my tank and they don’t come cheap, while AI SOL’s are from the US and would be quite expensive to send to my place.  Orphek Atlantik won over me due to the price, the coverage they provide, hence I only need three plus shipping.  In the end I spent less for the great value of the Atlantiks I’m getting, not to mention good support from the Orphek team. Mind you, I ordered the Orpheks before they started production on these!

3.  Is the lighting controlled with an automatic timer or digital controller?

4.  How do you feel about the quality of the Orphek LEDs?

They are solidly built, design looks modern and I love the freedom of controlling the channels.

5.  What is your feeling on the intensity of the lighting.

With 4 channels, which can be controlled independently, I can change to any intensity I want. I’m currently running all channels at 100% peaking at different times, and I can say they match the MH I had, but colors are much more crisp. They also provide a beautiful shimmer effect, which is usually attributed only to MH bulbs.

7.  Would you choose Orphek again for another project?

Absolutely, won’t think twice on this.

8.  How do you feel about the color spectrum the Orphek LEDs emit?

There’s no doubt the Atlantiks have an excellent spectrum. The difference is obvious with my previous lighting setup.  It’s amazing a single unit of Atlantik, being able to surpass the spectrum I had with the MH, T12 and T5 combo. I’m seeing colors I have never seen before on my corals and fishes and looking forward to see growth as well. I can already confirm that I see less algae growth on the glass and the rocks!

9.  Did you feel the cost was reasonable for the performance?

It’s beyond reasonable, its money very well worth spent.  It may sound expensive initially, but in the long term the savings you gain will be more than enough to cover the price paid for the Atlantiks.

10.  If applicable what is the name of your store and its location?

11.  Please send us pictures of your store front and interior as well as corals under Orphek LED Lighting.  N/A

12.  Would you recommend Orphek to others?

I already recommended the Atlantiks to several other fellow reefers.

http://www.ultimatereef.net/forums/showthread.php?t=390408&page=78
check more About On